2019 was an interesting year for designs in the semi-premium silver coin market. However, one coin quickly rose to the top in terms of meeting the criteria required to make a beautiful, affordable, and somewhat low mintage collectible-- The 2019 Perth Mint Silver Double Dragon coin. This being the third coin in the Chinese themed dragon series, with much anticipation for what the fourth coin in the series will be.

A Youtube video to get an up close look at an absolute stunner of a coin.

I believe the steady increase in price of the 2019 Double Dragon Perth Mint 1oz. coin can be attributed to several key factors. Dragons are deeply rooted in all culture's mythology, so while the series is originally aimed at the Chines community, its appeal carries over to all silver collectors.

The design has remained consistent, by showing the dragon with other powerful creatures that also tends to appeal to collectors like the 2017 Dragon & Phoenix coin, and the 2018 Dragon & Tiger coin. 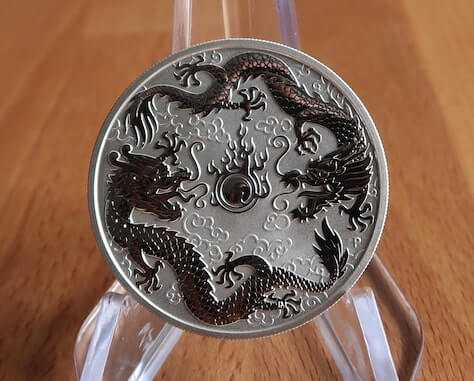 The reverse of the Perth Mint Double Dragon Coin

The mintage has also remained consistent at 50,000 per year. Often when a series is performing well mints will increase the mintage to cash in on the series appeal to maximize profits. Thankfully, the Perth Mint has remained true to the 50,000 mintage, which is why it's considered one of the best mints in the world.

Resell appeal is another factor that is making this a collector's favorite. The 2017 Dragon & Phoenix 1oz sold as recently as April 13th, for $47 USD without grading on eBay. While the 2018 Dragon & Tiger recently sold at $45.95 on eBay. These coins do appreciate. 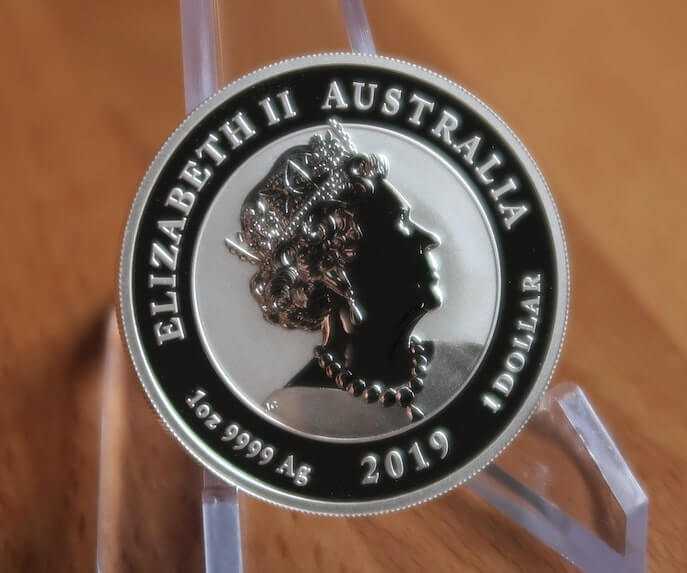 The obverse of a 2019 Perth Mint Double Dragon coin.

Another plus from the Perth Mint is these coins come encapsulated straight from the mint, and none have shown any signs of milk spotting. Milk spotting has been somewhat of an issue in the past for popular mints, which can depreciate the value of the coin in the aftermarket.

This is truly a series to consider purchasing annually for the strong visual appeals and consistent appreciation in value. The coins reverse looks like something you would hand a samurai for protection. The Perth Mint Silver Dragon 1oz. coin series is definitely one to follow and collect. Hopefully Perth Mint continues this series; let's wait patiently for the 2020 release.